A Bitcoin collision is when two different people in the world randomly generate the same Bitcoin address. They would both have access to any funds in that address. Is that even possible?

However, the chances of that happening are pretty much nil. Read on.

How this works, is that when you generate a new Bitcoin address, you are really generating a key pair. That is a private key is created first and the corresponding address is then mathematically computed and derived from that private key, so that there can only be one address for each key.

Now, Bitcoin keys and corresponding addresses can be generated at will. Yes, you can create as many as you want. 100, 1000, 100.000? Go ahead, you can. In fact, when you create a wallet on many of the more popular Bitcoin clients, it comes with 100 addresses by default, even if you only ever use 1.

Keep in mind that if you own the private key, you can spend the coins that are in the address.

Now, I just told you that you can create as many keys (and corresponding addresses) as you want. So, the inevitable questions is: if I just create many, many private keys, eventually I will stumble upon an existing address that has bitcoins in it… and since I would have the key for it, I could just take them? Yes?

Yes, that is correct.

Wait a minute… that means that if someone happens to create a private key that matches mine and my address, they can empty my address and steal my coins. Yes, that is correct too. They could, if they were lucky enough to create the same private key. And “lucky” is the magic word here.

Let’s say it’s 2045 and the world population is 9 billion. In an unrealistic scenario, every single person on the earth is using Bitcoin and each person has created and used 10 million addresses; yes let’s go overboard with this: that would mean a total of 90,000,000,000,000,000 addresses spent addresses.

You see, 2^160 is really a very large number. Very large. Much larger than our brains can comprehend. 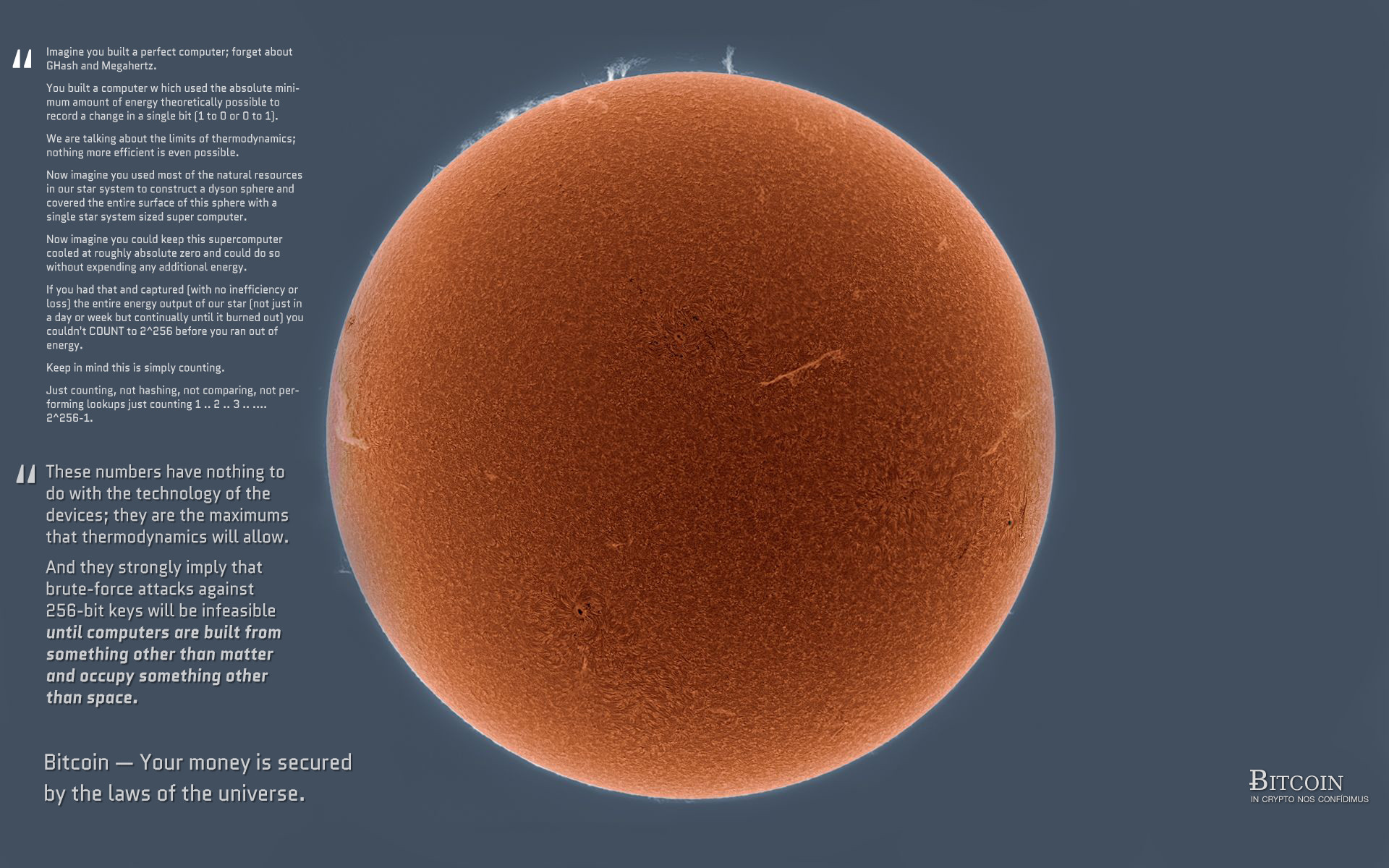 Yes, one could set up a super computer that is specifically build to do this reverse search and have it try cracking addresses all day long. In that case, it would be much more profitable to use that equipment for mining purposes, especially since the work being done is very similar. Your reward for the effort is much higher and that is the reason why it is not worth the effort or electricity cost.

David Perry explains this this way:

Lets say you build a super ASIC on 12nm (4 generations ahead of current tech) process that could create, validate, and steal one trillion key pairs per second (1 TK/s). That would be about 50,000x more powerful than faster GPU’s today. Lets also say you built a thousand of them and ran them continually with no downtime 24/7/365. In 1 year you could brute force 3*10^28 possible addresses.

If there are 1 quadrillion funded addresses you would still have a ~1% chance of colliding with a random funded address in the next 1,000 years.

So, is it possible? Yes. Unlikely? Extremely.

Go back to bed and don’t worry about this ever happening.

I am a software engineer from Seattle who recently decided to sell everything, leave a promising career at Microsoft and move to Spain for a while, in order to work a bit less and live a bit more.

I have a strong passion for innovative, disruptive technologies, prototyping software concepts and UX portions of software.

Welcome to my little sandbox...

Connect with me on LinkedIn

Need Bitcoin anything? I can help with everything Bitcoin related: how to get started, create wallets, secure, send, receive funds, PGP encryption, exchanges, investing and accepting Bitcoin as a form of payment.

For individuals and businesses.